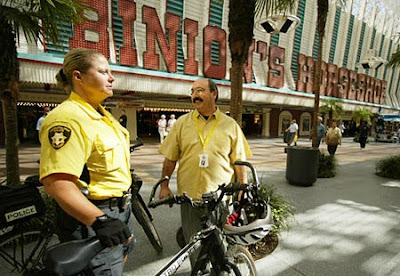 Between crime statistics from the FBI and personal experience, I can tell you that Nevada is one of the most dangerous states in America. Fortunately for most Nevada-bound travelers, Las Vegas is one of the less dangerous cities there, but there are definitely times to avoid it; for example, during the annual Consumer Electronics Show in January, the city grinds to a halt. And if the NBA has another All-Star game there, don’t go (the number of arrests soars exponentially). 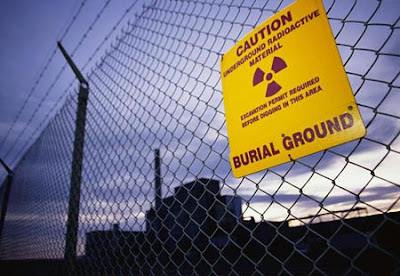 Did you know that you can tour the nuclear power plant in Chernobyl, Ukraine, site of the 1986 accident? Closer to home, you can also take a free tour of the nuclear reactor site in Hanford, Wash., where radioactive elements once leaked into the air and water. If atomic tourism is more your thing, pay a visit to "Doom Town,” the name for the 1950s Nevada Test Site. And someday, Bikini Atoll, site of numerous nuclear tests and part of the Micronesian Islands in the Pacific Ocean, may be a hot new tourist destination — right now it’s popular for wreck diving!
Posted by Janalu at 2:29 PM No comments:

Well we made it in! We had Bob & Barb and a bunch of our friends help us get all moved in. Thanks to Barb my kitchen is in working order! We only have a few boxes that still need to be unpacked and most of that is my craft stuff. Everything went pretty smooth until last night. I didn't realize that is no water fairy that brings water to your house so I forgot to set us up with the water company (they are the actually water fairy but you have to pay them). So last night Matt got home and no water! He though at first maybe there was a burst pipe, assuming I knew about setting up the water, so he got under the house to look and around and make sure. So I get home tell him what a dummy I am and then we hear this mewing coming from somewhere and we can't find HeMan. Well I guess while mat was crawling around under the house HeMan jumped down there, with good intentions of helping I'm sure. Matt didn't see him and closed the crawl space up. Well once he got bored down there he wanted out! So the poor guy was stuck under the house for about an hour! Well this morning I called the water company and they are going to turn our water back on. This weekend we have a list of things to get done including hanging our new TV that we bought to go over the fireplace. I will post pictures soon. I also have to mention I am low on spare time because I started school this week. So it's been extra crazy. But we are so happy to have our very own house!
Posted by Janalu at 9:16 AM 1 comment:

That's right we finally have our keys! The title company records Friday morning and then it's all ours. Bob and barb are coming out on Friday night to stay the weekend and help us move in. We are very excited. I will be sending out new address cards to all friends and family members just as soon as possible, out mail will not start forwarding until about the 22nd, and we have the apartment until the 27th. If you need the new address ASAP email me and I will give it to you. I start back to school on Tuesday, but I will try to get some pictures posted before that.
Posted by Janalu at 2:52 PM No comments:

So Matt got me the Wii fit for christmas and I have been using it for several days now. let me tell you this is some serious fitness. I a sore from doing the strength training and I feel the burning of calories when I dothe arobics. so I really like it. I try to use it everyday because actually it is pretty fun and I need to get the fat out! So I highly suggest anyone who wants fun and workouts combine get this thing. It is totally worth it!
Posted by Janalu at 1:03 PM 2 comments:

Other Places That Rock